What is Caribbean cuisine? 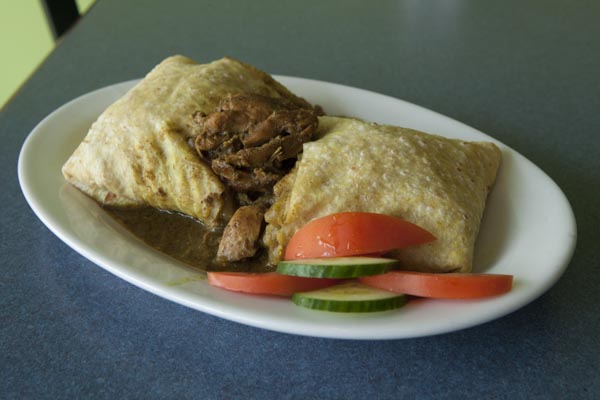 Ranee’s Roti Caribbean Cuisine & Tandoori, located in Oakville, provides their customers with the unique and delicious flavours of the islands.

The food of the Caribbean is best known for its incredible fusion of different cuisines from around the world. As people from all over relocated to the islands of the Caribbean, they brought with them recipes and traditions from the countries they’d left behind. With strong influences from Asian, African, East Indian and European countries, the food you would most often associate with the Caribbean is a combination of these cuisines, and the end result is unique dishes that are both flavourful and nutritious.

Some of the more common ingredients in Caribbean cuisine are foods that are grown on the islands themselves, in Mexico or in South America: rice, plantains, chickpeas, potatoes, peppers, tomatoes, avocados, papayas and coconuts are often integral parts of any dish. Most meals include meat, and you can choose from beef, goat, chicken or oxtail. Seafood is another popular ingredient in Caribbean dishes, as chefs can have local fishermen provide them with lobster, shrimp and fresh fish.

You may associate spices and hot sauces with Caribbean food, but it’s important to note that not all dishes have an intense heat level that only some palates can tolerate. Many dishes use spices that are also related to East Indian cuisine, such as ginger, turmeric and nutmeg, all which boost the ingredients’ flavours and depth. Chili peppers are a popular addition to Caribbean dishes, and it is believed by many that the Island Caribs, a Native American tribe that originally inhabited the islands, were the first to use them in their food to add flavour. There are many types of hot chili peppers, including cayenne, jalapeno and the very hot scotch bonnet and habanero peppers.

Some Caribbean dishes that you may be familiar with include Trini style roti, doubles and curries, jerk chicken, tandoori chicken, Jamaican patties and fresh naan.. To experience these delicious Caribbean meals for yourself, visit Ranee’s Roti and Caribbean Cuisine at 579 Kerr Street, Unit 1B, in Oakville. They offer dine in or take out service, and are licenced under the LLBO.  For restaurant hours, contact Ranee’s Roti Caribbean Cuisine & Tandoori at 905-842-2111.